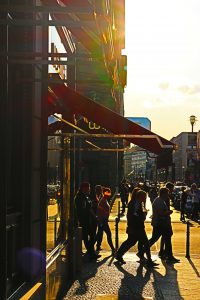 From history – the radicality of varicose vein therapy

The radical operative handling of the saphenous vein (GSV) and parva vein (SSV) and the associated complications led in the first half of the 20th century to a limited spread of the stripping process in Germany. There were numerous opponents, who were even carried away to exaggerated statements. Quoted is the royally directing fountain doctor Professor Winkler from the year 1917:

„For cases of a fairly straight course of the enlarged saphenous vein, Babcock (USA) has given a method (Stripping – Op) that exceeds in grossness everything that has been tried in this area. Before a patient gets involved in this drag, he should make his will. “

As late as 1932, a survey showed that 11 out of 12 surgical university hospitals in Germany do not perform stripping – op but sclerotherapy! It was only after the Second World War that an increasing differentiation of the cases suitable for sclerotherapy and of classical stripping of varicosis began.

At the turn of the millennium, minimally invasive procedures – long used as standard in other disciplines – were increasingly used in varicose vein therapy. It started with the radio wave catheter followed by the laser catheter – both methods destroy the veins in the tissue by cooking (radio wave) or charring (laser) the vein wall. In the following 18 years, both methods were continuously developed by the various manufacturers, what remained was the active principle – the irreversible thermal damage to the varicose vein in the tissue and thus the side effects.

Damage to the lower leg…

Both, classic stripping and thermal catheter procedures can lead to increased damage to the lymphatic and nerve tracts, especially on the lower leg. We have been able to gain our own experience with laser and radio wave catheters. And a few days ago in our practice in Rostock, a patient re-examined 10 years after a thermal procedure – the nerve damage had been preserved …

The pain, the edema, the discomfort …

The ventromedial (anterior) lymphatic vessel bundle runs parallel to the V. saphena magna and is therefore directly endangered during stripping, but also during the laser and radio wave thermal processes. The result is an irreparable lymphoedema of the lower leg. Injury to the saphenous nerve, which runs closely parallel to the saphenous vein, is relatively common. It can lead to pain and sensory disturbances from the inside of the thigh to the back of the foot. In the operation of the saphenous vein, injuries in the course of the suralis nerve (calf running in the calf parallel to the vein) can never be reliably avoided. For the patient this is extremely unpleasant in the long term. Damage, whether mechanical or thermal, causes pain in the Achilles tendon, heel and outer foot margin.

The question of what led to the rapid development of endovenous forms of therapy can easily be answered.

They avoid larger wound areas, hematomas and infections. There is a general trend towards minimally invasive surgery. The patients demand a fast rehabilitation, if possible without incapacity for work as well as optimal cosmetic results. Appropriate technologies and catheters have also been developed for venous medicine even a high degree of radicalism of varicose vein therapy could not prevent recurrences, the data vary between 7 and 60%. 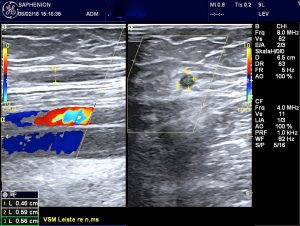 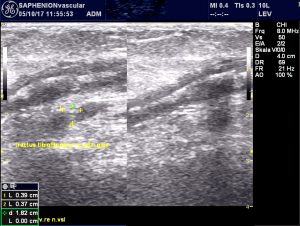 Thermal procedures on the lower leg still up to date?

Kerver, van der Ham et al. presented long ago in 2012 a scientific work  about the side effects of thermal therapy at the lower leg veins – so the problem is not new. They sought the ideal section for as uncomplicated as possible thermal therapy of the SSV – and beat only the upper third of the vein – excluding the junction and the two lower thirds of the vein – in front. Of course, this is neither a complete therapy nor is it guideline compliant. On the lower leg, thermal therapy (laser, radio wave, hot steam) has meanwhile come into critical light both internationally and nationally, since the number of nerve lesions after thermal therapy is not negligible.

Also at the annual meeting of the German Society for Phlebology in the middle of September 2017 in Stuttgart a separate meeting was dedicated to this topic. The result was overwhelmingly critical of the thermal therapy on the SSV  or the lower GSV on the lower leg or recurrent varicose veins after stripping op. Here, most colleagues now recommend a waiver of laser and radio wave, alternatively, catheter-assisted microfoam therapy or the vein adhesive are possible.

Based on our own experience we have defined a differentiated indication for microfoam or VenaSeal. We treat truncal veins on the lower leg with a diameter of up to 0.5 cm by means of adhesive microfoam, trunk veins with a larger diameter are treated by super glue VenaSeal. Thermal procedures are no longer used by us on the lower leg veins. Radical stripping is 3rd choice therapy. This is also confirmed by the guidelines of the European Society of Vascular Surgeons.